Login Get Started!
Get started

What is fluorescence and how does it impact a diamond's price and appearance?

What is diamond fluorescence?

Let's talk about one of the most hotly debated topics in the diamond trade: fluorescence. First off — what is it? Diamond fluorescence occurs when the diamond itself emits light upon encountering ultraviolet (UV) light. UV light hits crystal structures present in fluorescent diamonds, the electrons in these structures go from a normal state to an excited state, then back to a normal state, emitting light. This release of light is called fluorescence and is typically blue in diamonds, but can also come in other colors. Fluorescence only occurs when a diamond is hit with UV light, typically from direct sunlight. It can be easily demonstrated by shining a blacklight onto the diamond.

Here's a diamond with medium fluorescence we photographed with bright, indoor lighting and then fluorescing under a blacklight: 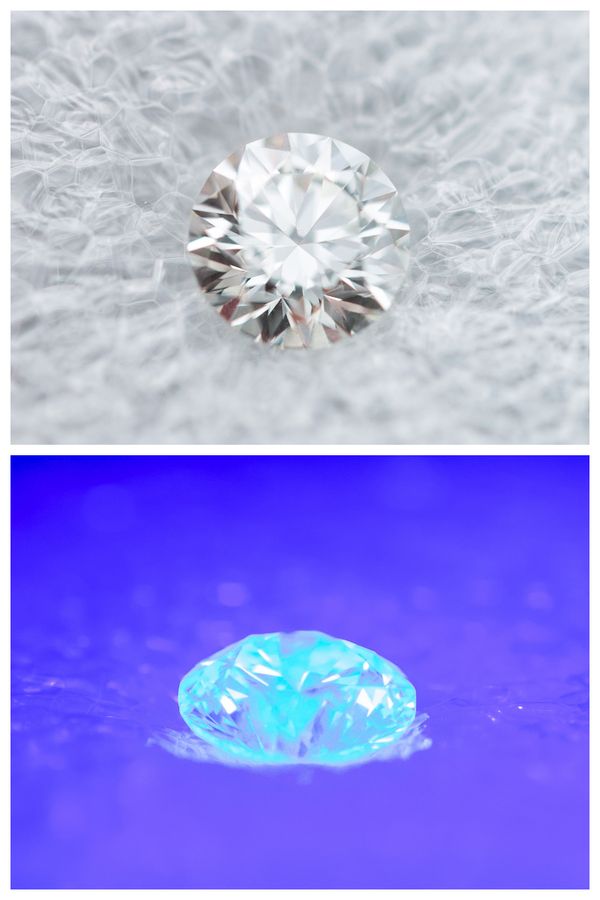 Now you understand fluorescence, but why does it matter? Is it good or bad? Let’s start with some facts where there’s broad agreement:

We’ve covered the facts first because there’s a lot of debate in the trade as to whether fluorescence is a negative, neutral, or positive trait. Let's take a look at some of the different industry opinions.

Finally, the Loch Ness monster fluoresces blue so...ok, well that one’s not true, but you get the point. There's a whole mess of different viewpoints on fluorescence! You don’t have to review or understand all of them to make a smart diamond choice. First, you don't have to figure this out on your own! Our team will be happy to talk you through the possible trade-offs. Second, if the role of fluorescence was major and obvious there would be no debate. No one argues whether or not yellow color tint is real or whether or not inclusions are real because both are visible to anyone that compares the diamonds. If the secondary visual effects of fluorescence (haziness, color improvement, etc.) were obvious, there would be broad agreement. In fact, the effects occur only under UV light and are subtle enough that they provoke debate as to whether or not they even exist. They are also secondary to the primary effect, which is that the diamond will fluoresce blue!

Curious to see a few examples? Here are a handful of rings we recently created for our customers, with diamonds that have different levels of blue fluorescence. As you'd expect from what you've read above, the distinctions between these diamonds have more to do with their color, size, shape, and setting, and the diamond's fluorescence has no visible impact on what you see in the photo. 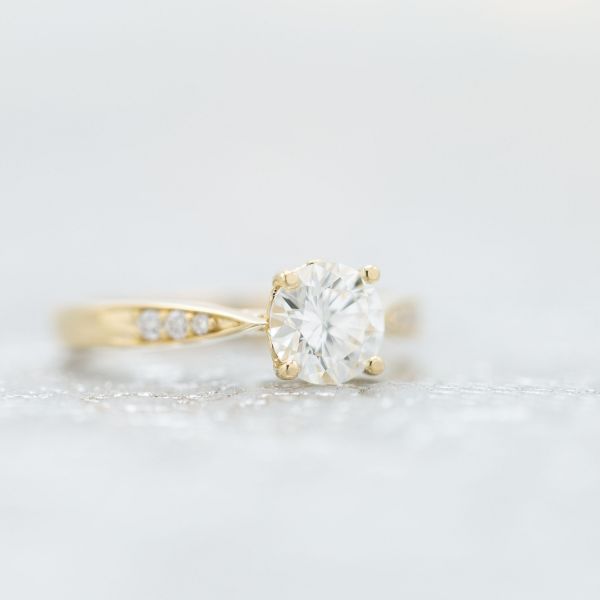 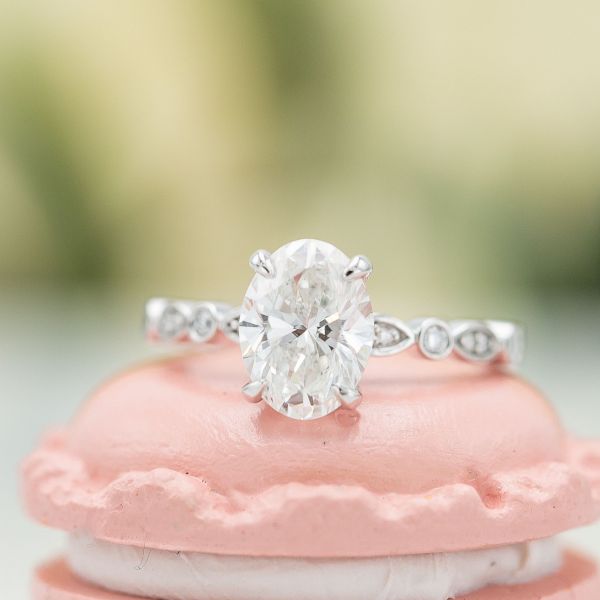 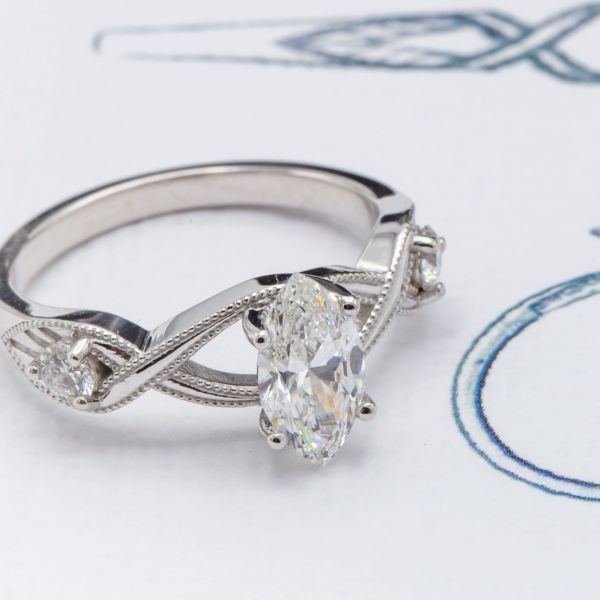 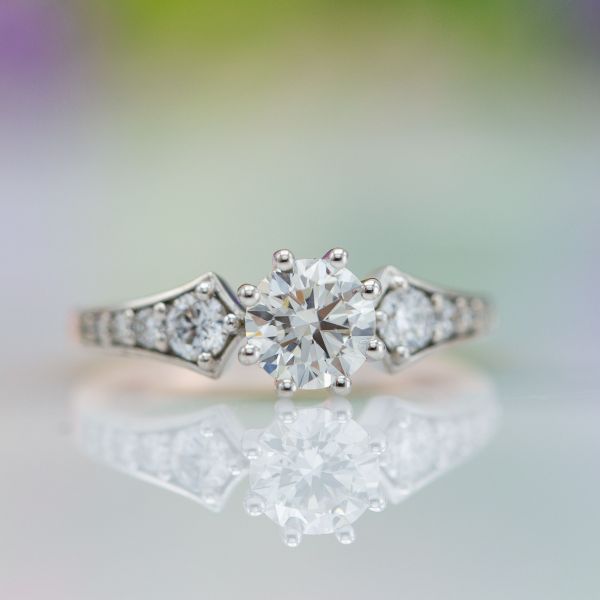 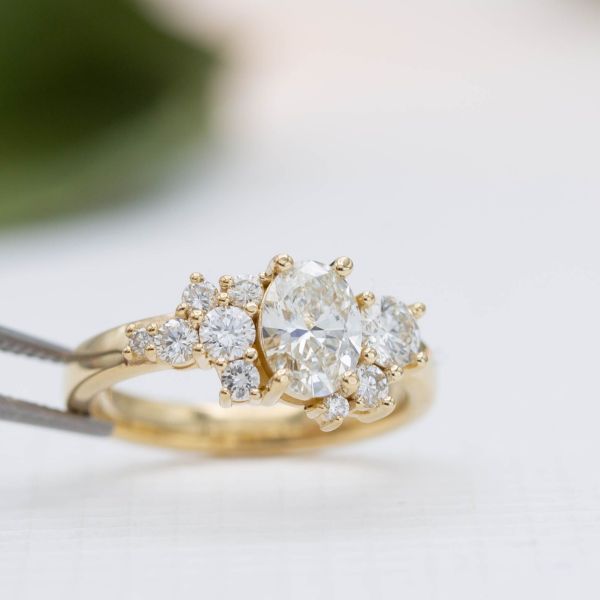 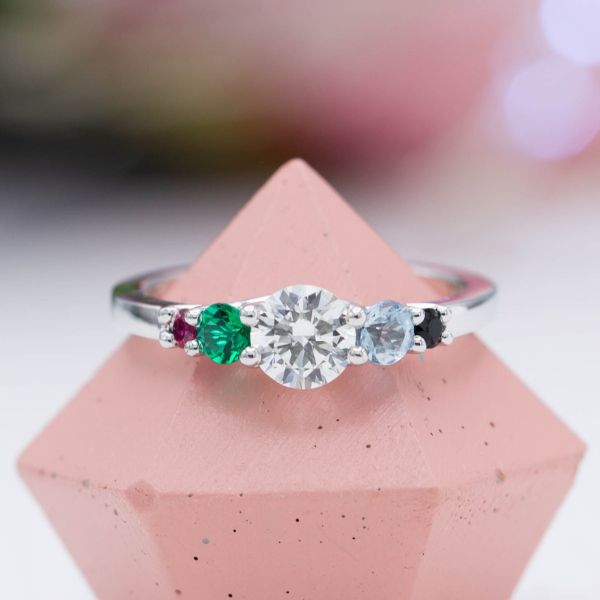 So what does this all mean for your diamond selection? If you like the idea of a truly colorless stone in all conditions, stick to medium fluorescence or below. If you like the idea of your diamond having an interesting, mostly-hidden property that only comes out in UV light, consider strong or very strong fluorescence. This could also save you a little bit of money on your purchase.