When it comes to diamonds, the goal is typically to get a stone that’s as colorless as possible. With so many couples going with a diamond for the center stone in their engagement ring, the Gemological Society of America (GIA) uses an official D-Z grading system to rate how colorless a diamond is. This is a great place to start for those looking for some insight into diamond color when shopping around!

Colored stones though? We’re talking emeralds, rubies, aquamarine, morganite, sapphires, topaz, peridot, or any other colored stones. Yeah, those? Nothing with universal adoption like the D-Z GIA grading system for diamonds. There are several color grading systems that are used broadly by gemologists and gem dealers, but there isn’t one that’s universally used. That can make it difficult when you’re trying to pick a morganite and see it’s graded as “slpR 3/4", because one gemologist might be able to tell you it means the stone has a slight purplish red hue, a light tone of 3/10, and a moderately strong saturation of 4/6. Meanwhile, another might be just as confused about the slew of letters and numbers as you are. You can dive a little deeper into the GIA colored gem grading code here, but remember while it might be used by some, it’s not universally used!

So how, then, are you supposed to know if a colored gemstone is “good”? Well, the answer is ultimately one that nobody likes: it depends. It depends on your taste and what you’re looking for. Maybe you want a mint hue of aquamarine, a highly saturated blue sapphire, or darkly toned ruby.

You might be thinking, “Look, I know what I like, but I have no idea what any of those words mean.” That’s why we’re here to help. Let’s talk about the variances that go into describing colored gemstones, and how knowing these differences can help you find the stone of your dreams.

When it comes to talking about color with gemstones, there are three main areas we need to look at: hue, tone, and saturation. While they are all technically independent of each other, these three factors can still have some effect on each other. There are patterns between stones of certain hues being more likely to have a certain tone or saturation. For example, stones with a lighter hue are generally also going to have lighter tones. It’s… complicated. This little graph should help a lot with visualizing how these three different terms relate to each other. So, we can see how hue, tone, and saturation all relate to each other, but what does that all mean when looking at gemstones? How do you know what the hue is, or what a good saturation is for a particular stone?

Let’s start with the easiest and first thing you’ll need to understand about colored gemstones: hue.

When we’re talking about specific colors, what we’re actually referring to is the hue.

Hue simply means where the gemstone falls on the color wheel. Keep in mind the color wheel isn’t the easy ROYGBIV mnemonic device we all learned in elementary school for red, orange, yellow, green, blue, indigo, violet. The color wheel looks at all of those colors, yes, but also the areas where they intersect and blend from one to another.

Is a color just plain yellow, or is it greenish-yellow? Or maybe orangy-yellow? Those specific colors are what we refer to as hue for gemstones. 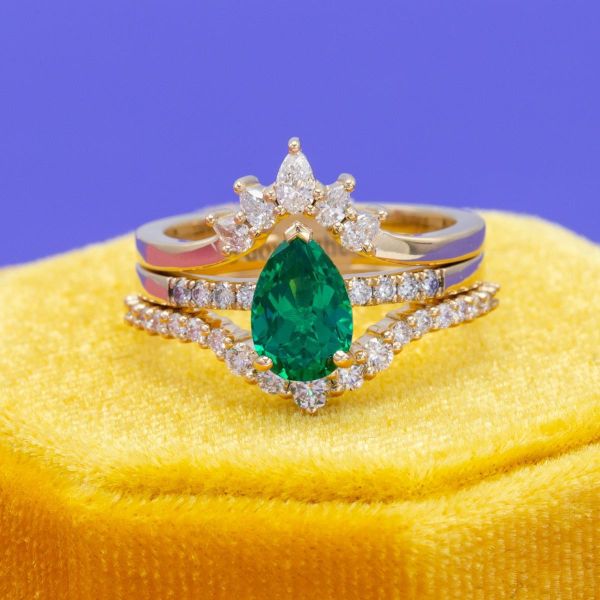 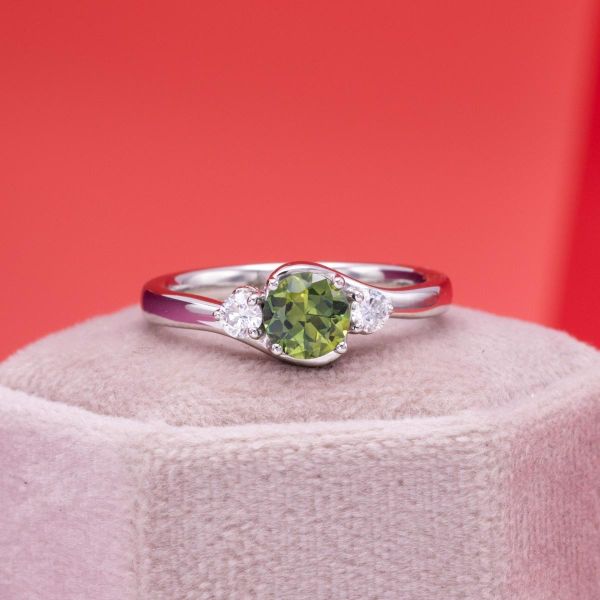 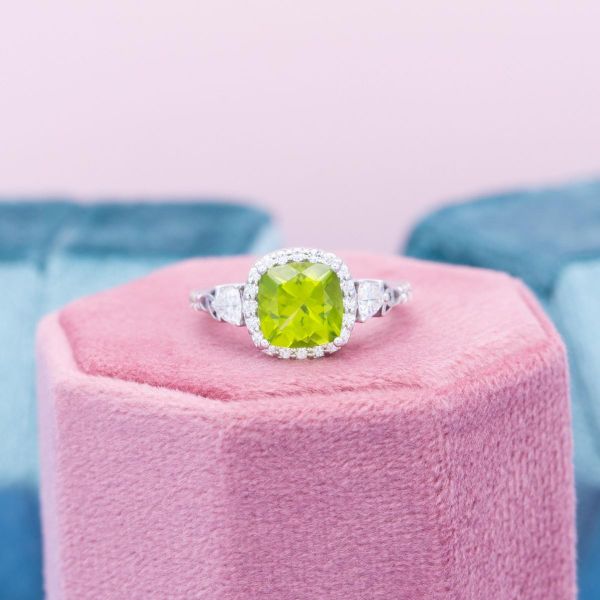 Understanding hues is important for knowing what sort of gemstone you’re looking for. Are you thinking a lush green, which could be an emerald, or the yellow-green of peridot? These specifics make a difference in what stones our gem experts will suggest!

To get you started, here are the gems you can find in each hue.

Where hue looks at where on the color wheel a gemstone sits, tone is all about the lightness and darkness of the color. Instead of a color wheel that you use for hue, think of tone as a scale from white to black.

Tone refers to the level of light that the stone reflects. If it reflects almost all light, it’s closer to white but if it absorbs light, it’s closer to black. One of the easiest ways to figure out if a color has a light or dark tone is by simply thinking about how you would describe the color.

For the sky blue of an aquamarine, you’d probably call it light blue. For the deeper navy of a sapphire, on the other hand, you’d call it dark blue. If you’d use the description of “light” or “dark” in front of the color name, that already gives you a good idea of where it falls on the tonal spectrum. With gemstones, tone helps not only to explain if you’re looking for a light or dark version of a color, but also has a lot to do with how sparkly and lively a stone looks. Gems with light tones reflect a lot of light so you can actually see all of the facets and shadows inside of the stone. We say these stones have an “open color.”

Stones with an overly dark tone don't show the same depth within the gem or have the same reflection of light, often making them look almost cloudy and absorbent as opposed to shiny and bright. These stones are referred to as having a “closed” look. Saturation is one of the biggest variations you’re going to have when making a choice for lightly colored gemstones. Saturation is the intensity of the color, or the difference between the stone having just a touch of color or a more concentrated hue.

Think of saturation this way. If you have a cup of water and add one drop of out-of-the-box blue food coloring, the water will turn a very light, subtle shade of blue. This is a light saturation. But if you take that same exact blue coloring and add four drops to the water instead, it will now appear much deeper, and concentrated. This is a strong saturation. The actual hue of the blue is exactly the same, but the concentration and depth of color changes based on just how much of that color is in the water.

Let’s look at blue sapphire for an example.

While sapphires can come in almost any color, the classic everyone knows is a deep, almost navy blue. A blue sapphire is a, well, blue hue, but just how light that blue is is based on the saturation you choose. Saturation ranges from light for a barely-there blue to strong with a highly concentrated color. Medium and medium/strong fall in the middle between light and strong saturation. Think of this as two and three drops of food coloring in the water instead of one or four. And of course, a strong saturation for a blue sapphire would be the full four drops. Ultimately, the saturation you choose is completely up to preference depending on if you’re looking for a stone with a hint of color or something more saturated! 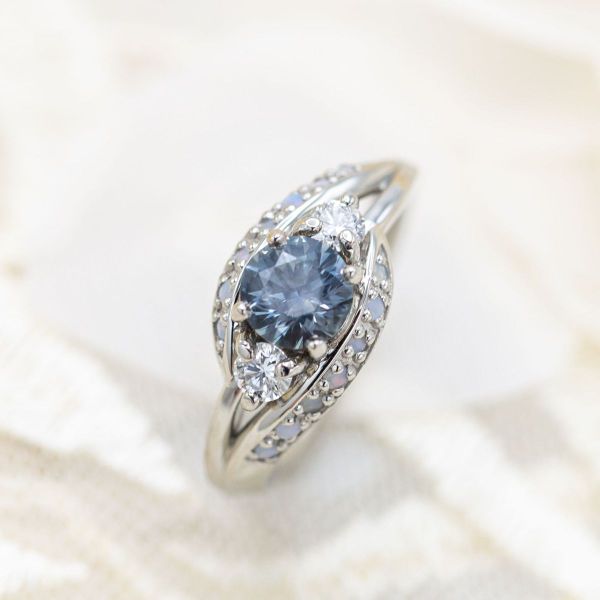 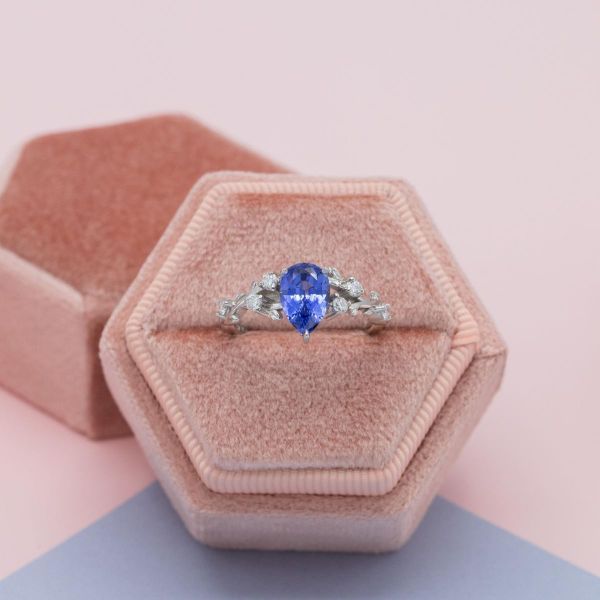 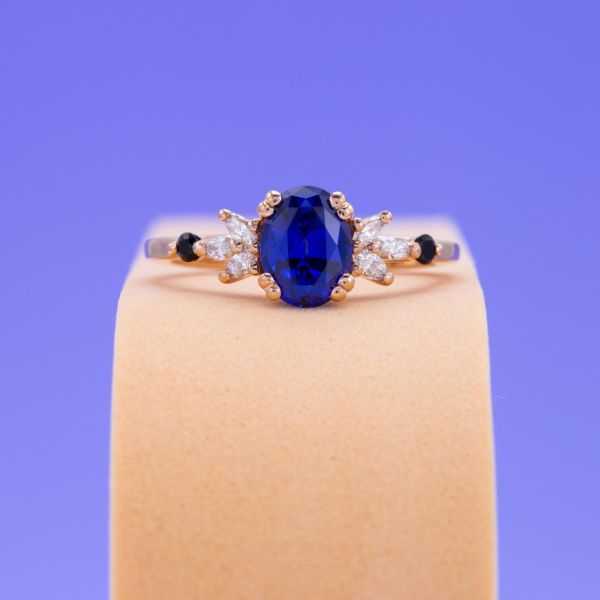 There is so much to take into consideration when choosing a colored gemstone! It can be overwhelming that there aren’t set guidelines like the 4Cs for diamonds. Instead you mostly have to trust your gut.

But that’s the beauty of colored gems! There isn’t a right or wrong answer for which is the best, it’s all about your personal preference. If you want an apple green stone that has a really light tone and low saturation? There’s a peridot out there for you. Looking for something true black with a dark tone and high saturation? Black spinel may be for you. And even within each gem type, there is so much variation in these three color qualities that they can look entirely different. No two rubies look exactly the same! So take your new found gem color theory knowledge and get out there to find the stone of your dreams! 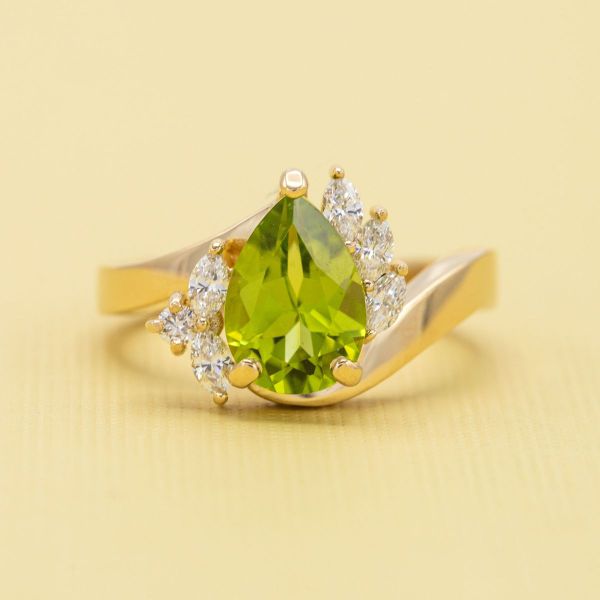 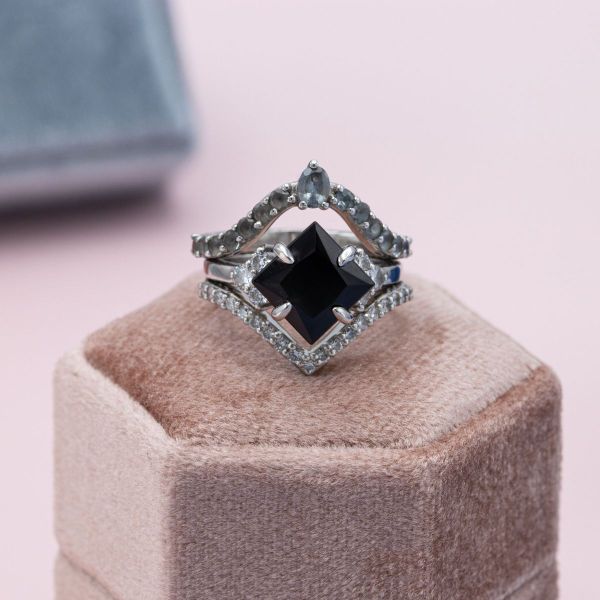 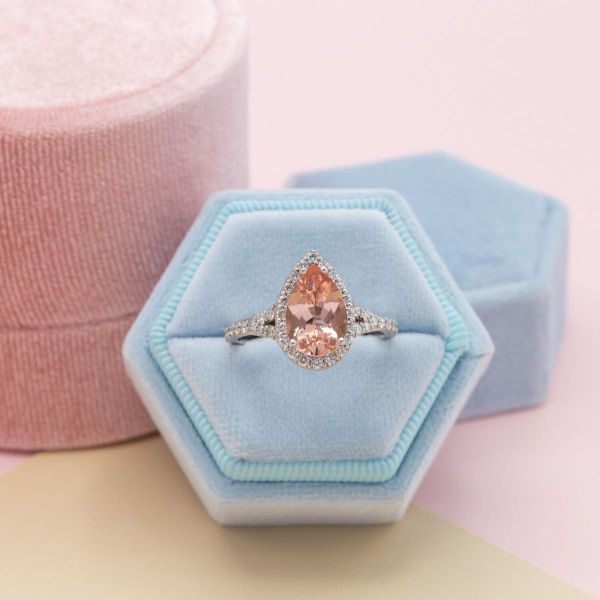 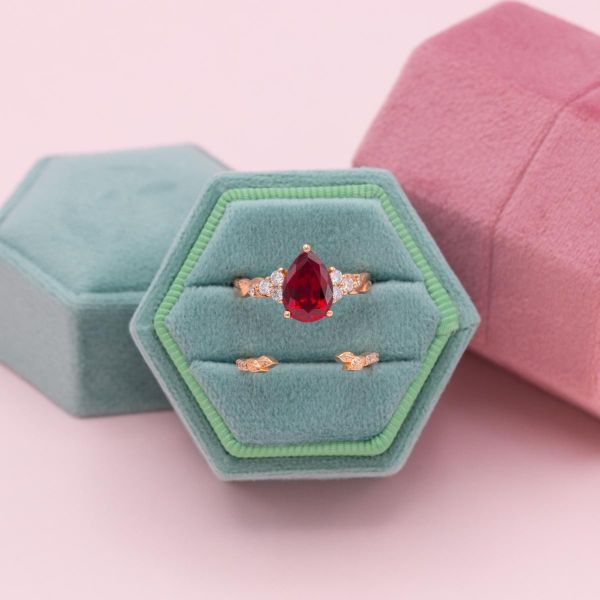 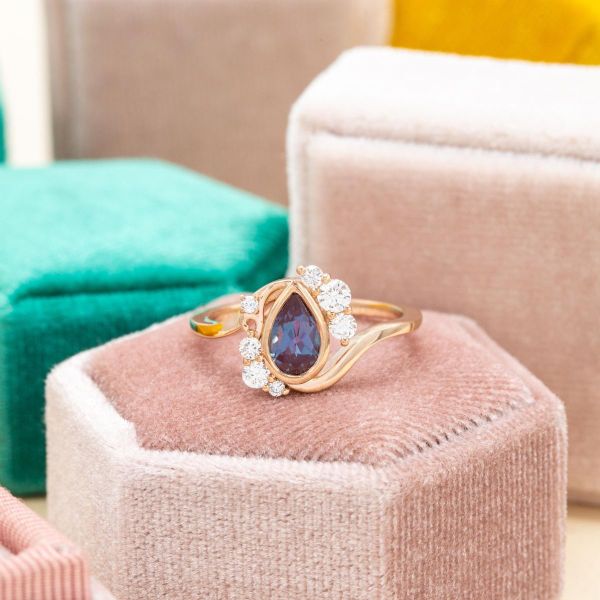 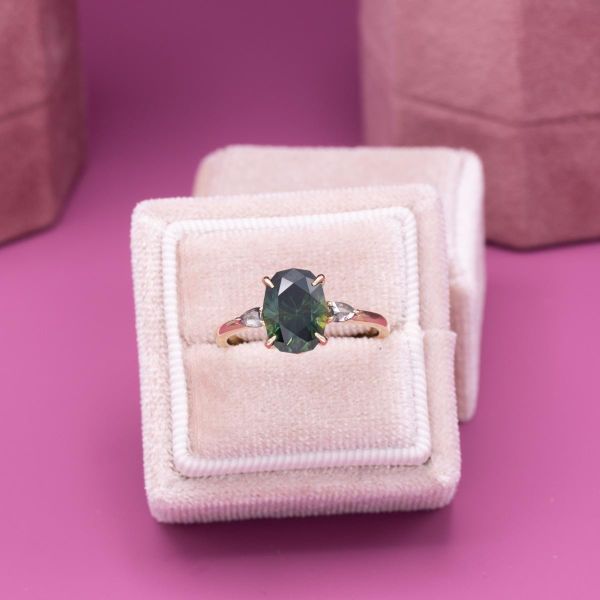